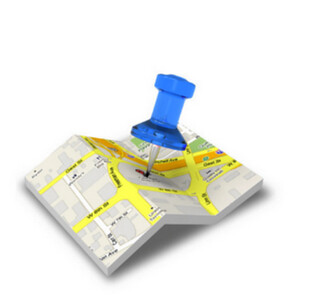 Many of us have observed that today’s workplace is moving more and more towards remote work, working ‘outside the office’. As a result, some of Australia’s largest businesses are making virtual teams and ‘anywhere working’ work. How are they making it work?

In this blog, we have pulled together reports, case studies and interviews held with some of Australia’s leading flexible work employers, who use virtual teams and ‘anywhere working’ as a business tool. We highlight a few lessons that can be learned about how to implement virtual teams effectively.

Telstra’s new All Roles Flex program, was established after a three-month trial in the customer sales and service department from April to July 2013. CEO David Thodey has indicated that Telstra introduced the programme to encourage more women to apply. Telstra wants to support family friendly practices and to reduce the organisation’s environmental impact.  Telstra is benefiting from a more inclusive culture, greater representation of women and a greater focus on performance. Staff are also working longer hours.

Lesson learned: Telstra will need to monitor work hours closely for the impact of telework on work/life balance. The long-term impact of longer hours is often an unsustainable arrangement that is counter-productive.

Medibank is one of Australia’s premier health insurance and health care providers. Nearly 2000 of Medibank’s workers deliver telephone and video health consultations from their home, including 80% of nurses who work entirely from home. Medibank’s primary reason for introducing its work at home program was to attract clinical staff in an industry with high turnover. Medibank is also enjoying increased productivity, reduced costs and better workforce retention. 80% of its employees report greater engagement.

Ilona Charles, Group Executive of People & Culture, says that “Medibank has found that staff who have the flexibility to telework, whether full-time or part-time, are better able to strike a favourable balance between their working and family lives and reduce travel time and expenses”. At Medibank, managers contact employees once a day and they have a ‘hands-on’ monitoring arrangement.

Lesson learned: If a ‘hands-on’ monitoring arrangement equals draconian micro-management, Medibank could be paying a premium by undermining trust. The best type of monitoring is one that focuses on establishing and monitoring agreed work outcomes.

The ABC requires its managers to seriously consider any request for part-time work or other varied work arrangements and works to ensure diversity strategies are embedded throughout the organisation. The ABC has found that flexible work arrangements can save money, for example in retention and retraining costs.

I am delighted to write a recommendation for Nina Fountain as a keynote speaker. Alternating with her colleague Siobhán Hanley, Nina gave a plenary overview from a workplace perspective highly relevant to this week’s Education Leaders Forum Tomorrow’s Skills. This was followed by a high energy and highly interactive workshop activity which really engaged people and demonstrated some great distance communication lessons for distributed work teams in a fun/active manner. The audience was a c…

Nina really ‘got’ my business and where I am aspiring to. In a short space of time, she delivered a Diagnostics Summary, which is clear, detailed and specific to my needs. I now have a clear roadmap in terms of increasing the efficiency and effectiveness of my business with great tools to access as I progress. I will be definitely recommending Nina to people I know.

I invited Nina to address a Rotary Club of which I am a member in the hope that she could instil a level of team work and collaboration within the committee structure. Nina gave an inspiring presentation and fully engaged the 43 members to the extent that she had them all participating in communication exercises with enthusiasm and a good level of humour. There were many questions to be answered at the conclusion of her address and Nina willingly spent extra time with those who wished to have…

Nina is one of those rare business leaders who lifts her head above the trench of today to envision the workplace of tomorrow. For Nina it is one of distributed work teams – a workforce that reaches beyond the restrictions of a traditional office environment.   What stands her apart from other workforce futurists is that Nina has developed tools and processes to assist individuals, teams and organisations to successfully transition to an impactful, more satisfying, new world of work.   I h…

I attended the Successful Manager’s Mindset workshop because I wanted to access Nina’s brain and the workshop looked the best for what I wanted. A key take-home for me was how important trust is as a manager. I’d recommend it to anyone who is having trouble with flexible working environments.

Nina is highly professional, well researched and collaborative. Nina is an engaging presenter and facilitator, and she listens deeply to people’s input. In relation to building the workplace of the future, Nina is at the cutting edge of thinking and understands the commercial realities that organisations face and the need for agility in this dynamic market. Thanks Nina for the great work!

I doubted we could find somebody to help us make sense of it all. We met Nina at a teleworking event and decided to engage Transformed Teams as our preferred partner. They analysed the workflow of our virtual team, and made recommendations to improve transparency, communication and job standards. I recommend Transformed Teams to any virtual business wanting a more productive work environment.

The team loved the team-based approach and we intend to adopt it – it’s a very powerful approach. We realised how important it was for the manager to feel supported to run a successful trial and embed flexibility to make it sustainable. Feedback about the trial has been so positive that we’re now in a good position to leverage off the success of the trial.

Nina Fountain gave us a really insightful presentation on managing distributed teams. Something that was reinforced for me, is that if one person in the team is located somewhere else, then the whole team is a distributed team. It can be easy to think of the staff not located with the manager as “distributed”, but the reality is that the whole of our business unit is distributed. This is not new for us. We have been working in this way for some time, but it was important to have time to refo…

I thought it would be good to discuss how the staff could better work together and contribute to the mission of the organisation. There have been some recent changes within the organisation. I felt the Hour of Power session could help give us ideas to address and manage our internal culture and communications amidst the change. The team felt engaged around our Cancer Society business and we worked together to address what we could do to enhance teamwork. I would recommend the Hour of Power to ot…